Videos of our past events are available to view on the pages listed below.

Framing Reconstruction: Presidents, Popular Sentiment, and the Idea of a Lost Moment of Racial Accommodation This program explores how the four Reconstruction presidents have been assessed, how Union war aims shaped the postwar political landscape, and how modern perceptions often ignore attitudes and political realities in the postwar years. It suggests that an appreciation of wartime goals and of American traditions regarding a peacetime professional military establishment render the story of Reconstruction not only understandable but also predictable.

Partisans: The Conservative Revolutionaries Who Remade American Politics in the 1990s

Nicole Hemmer of Vanderbilt University offers a bold, new history of modern conservatism that finds its origins in the populist, right-wing politics of the 1990s. 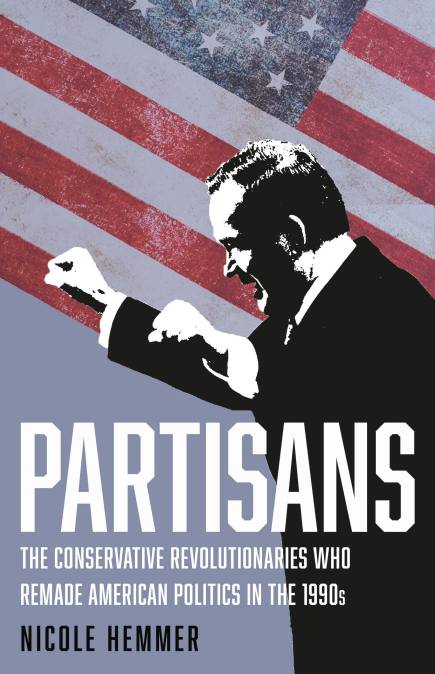 Historian Nicole Hemmer reveals, in her new book Partisans: The Conservative Revolutionaries Who Remade American Politics in the 1990s, the Reagan coalition was short-lived; it fell apart as soon as its charismatic leader left office. In the 1990s — a decade that has yet to be recognized as the breeding ground for today’s polarizing politics — changing demographics and the emergence of a new political-entertainment media fueled the rise of combative far-right politicians and pundits.

Unsettled Land: From Revolution to Republic, the Struggle Historian Sam Haynes presents a bold new history of the origins and aftermath of the Texas Revolution, revealing how Indians, Mexican, and Americans battled for survival in one of the continent’s most diverse regions.

The Texas Revolution has long been cast as an epic episode in the origins of the American West. As the story goes, larger-than-life figures like Sam Houston, David Crockett, and William Barret Travis fought to free Texas from repressive Mexican rule. In Unsettled Land (Basic, 2022), historian Sam Haynes reveals the reality beneath this powerful creation myth.

Red, Blue, and Brown: Tejano History, Politics, and the 2022 Election Election seasons have always been filled with political and partisan appeals to various groups of people: special interest groups, religious organizations, ethnic voting blocs, and more. One group which has received a dramatic increase in political and journalistic attention over the last few years are Tejanos: Texans of Mexican or Hispanic descent. Much digital ink has been spilled over Tejano voting history and practice: will they vote Democratic blue? Are Republican red numbers increasing since the Trump presidency? But while it can be tempting to presume that so-called interest groups like Tejanos will vote one way or the other—red or blue—it is not so simple. And it never has been.

Dewey Defeats Truman: The 1948 Election and the Battle for America’s Soul

New York Times best-selling author A. J. BAIME tells the thrilling tale of the 1948 presidential election, one of the greatest election stories of all time, as Truman mounted a history-making comeback and staked a claim for a new course for America.

On the eve of the 1948 election, America was a fractured country. Racism was rampant, foreign relations were fraught, and political parties were more divided than ever. Americans were certain that President Harry S. Truman’s political career was over. Truman’s own wife, Bess, did not believe he could win. The only man in the world confident that Truman would win was Mr. Truman himself. And win he did.

A Politics For the Many: American Feminists and the Global Fight for Democratic Equality

Drawing on her acclaimed new book, For the Many: American Feminists and the Global Fight for Democratic Equality, Dorothy Sue Cobble will discuss how American women moved the nation and the world toward inclusion and equality.

For the Many: American Feminists and the Global Fight for Democratic Equality presents an inspiring look at how U.S. women and their global allies pushed the nation and the world toward justice and greater equality for all. Reclaiming social democracy as one of the central threads of American feminism, Dorothy Sue Cobble offers a bold rewriting of twentieth-century feminist history and documents how forces, peoples, and ideas worldwide shaped American politics.

The Walls Within: The Politics of Immigration in Modern America

Historian Sarah Coleman recounts the numerous battles over US immigrants’ rights since 1965―and how these conflicts reshaped access to education, employment, civil liberties, and more.

The 1965 Hart-Celler Act transformed the American immigration system by abolishing national quotas in favor of a seemingly egalitarian approach. But subsequent demographic shifts resulted in a backlash over the social contract and the rights of citizens versus noncitizens….

The LIVE FINALE of “Presidential Crises,” season 2 of our podcast “The Past, the Promise, the Presidency.”

With political gridlock in Washington DC at an all time high, government shutdowns–or the threat of them–have become a routine occurrence. National parks close. Federal paychecks stop going out. The National Institute of Health stops admitting new patients. How did we get to the point where it has become normal for the US Government to halt in its tracks? The history, in this case, is quite recent….

Paper Trails: The U.S. Post and the Making of the American West

A groundbreaking history of how the U.S. Post made the nineteenth-century American West.

Historian Cameron Blevins discusses his latest book, Paper Trails: The U.S. Post and the Making of the American West, on the pivotal role of the U.S. postal service during the country’s expansion west….

The critical role of Asian Americans in 20th century American politics is explored.

Historian Blake Scott Ball takes on the politics of the age-old Peanuts comics, which are at the center of his latest book, Charlie Brown’s America: The Popular Politics of Peanuts.

Despite—or because of—its huge popular culture status, Peanuts enabled cartoonist Charles Schulz to offer political commentary on the most controversial topics of postwar American culture through the voices of Charlie Brown, Snoopy, and the Peanuts gang….

Joseph Smith for President: The Prophet, the Assassin, and the Fight for American Religious Freedom

Author and historian Spencer McBride discusses one of the most important elections in American history and the focus of his latest book, Joseph Smith for President: The Prophet, the Assassin, and the Fight for American Religious Freedom.

By the election year of 1844, Joseph Smith, the controversial founder of the Church of Jesus Christ of Latter-day Saints, had amassed a national following of some 25,000 believers. In less than twenty years, Joseph Smith had transformed the American religious landscape and grown his own political power substantially. Still, the political standing of the Mormon people remained unstable….

The Man I Knew: The Amazing Story of George H.W. Bush’s Post-Presidency

When Jean Becker closed up President Bush’s Houston office in 2019 after his death, she told the Houston Chronicle, “What a pleasure. What a journey.” In The Man I Knew, the former chief of staff to President George H. W. Bush shares an intimate look into the post-presidency of one of America’s most influential one-term presidents.

To Bigotry No Sanction A historic musical performance featuring members of The Philadelphia Orchestra.

The Center for Presidential History is proud to partner with Reform Congregation Keneseth Israel in their presentation of To Bigotry No Sanction – a new cantata based on George Washington’s historic 1790 letter to the Hebrew Congregation in Newport, RI, composed by Jonathan Comisar and featuring members of The Philadelphia Orchestra.

A wide-ranging rethinking of the many factors that comprise the making of American Grand Strategy.

What is grand strategy? What does it aim to achieve? And what differentiates it from normal strategic thought–what, in other words, makes it “grand”? In answering these questions, most scholars have focused on diplomacy and warfare, so much so that “grand strategy” has become almost an equivalent of “military history.”

Cold War in Chinatown: Fighting for Chinese American Rights in the 1950s

In the 1950s, the US government not only called the new People’s Republic of China an enemy of the “free world” but also supported the Chinese Nationalist regime on Taiwan. In response, PRC leader Mao Zedong derided the United States as a “paper tiger” and promised to help defeat American aggression. The resulting international tensions both shaped and limited the politics of Chinese American communities…

Tobacco is the quintessential American product. From Jamestown to the Marlboro Man, the plant occupied the heart of the nation’s economy and expressed its enduring myths. But today smoking rates have declined and smokers are exiled from many public spaces. The story of tobacco’s fortunes may seem straightforward: science triumphed over our addictive habits and the cynical machinations of tobacco executives. Yet the reality is more complicated…

Season Finale: The Past, the Promise, the Presidency Join us LIVE for the season 1 finale of “The Past, the Promise, the Presidency: Race & the American Legacy,” the CPH’s inaugural podcast season.  If you’ve been with us from the start, or for any period of time since then, we’re sure you’ve got questions!  And comments.  Critiques and thoughts.

Beginning with Etan Patz’s disappearance in Manhattan in 1979, a spate of high-profile cases of missing and murdered children stoked anxieties about the threats of child kidnapping and exploitation. Publicized through an emerging twenty-four-hour news cycle, these cases supplied evidence of what some commentators dubbed “a national epidemic” of child abductions… 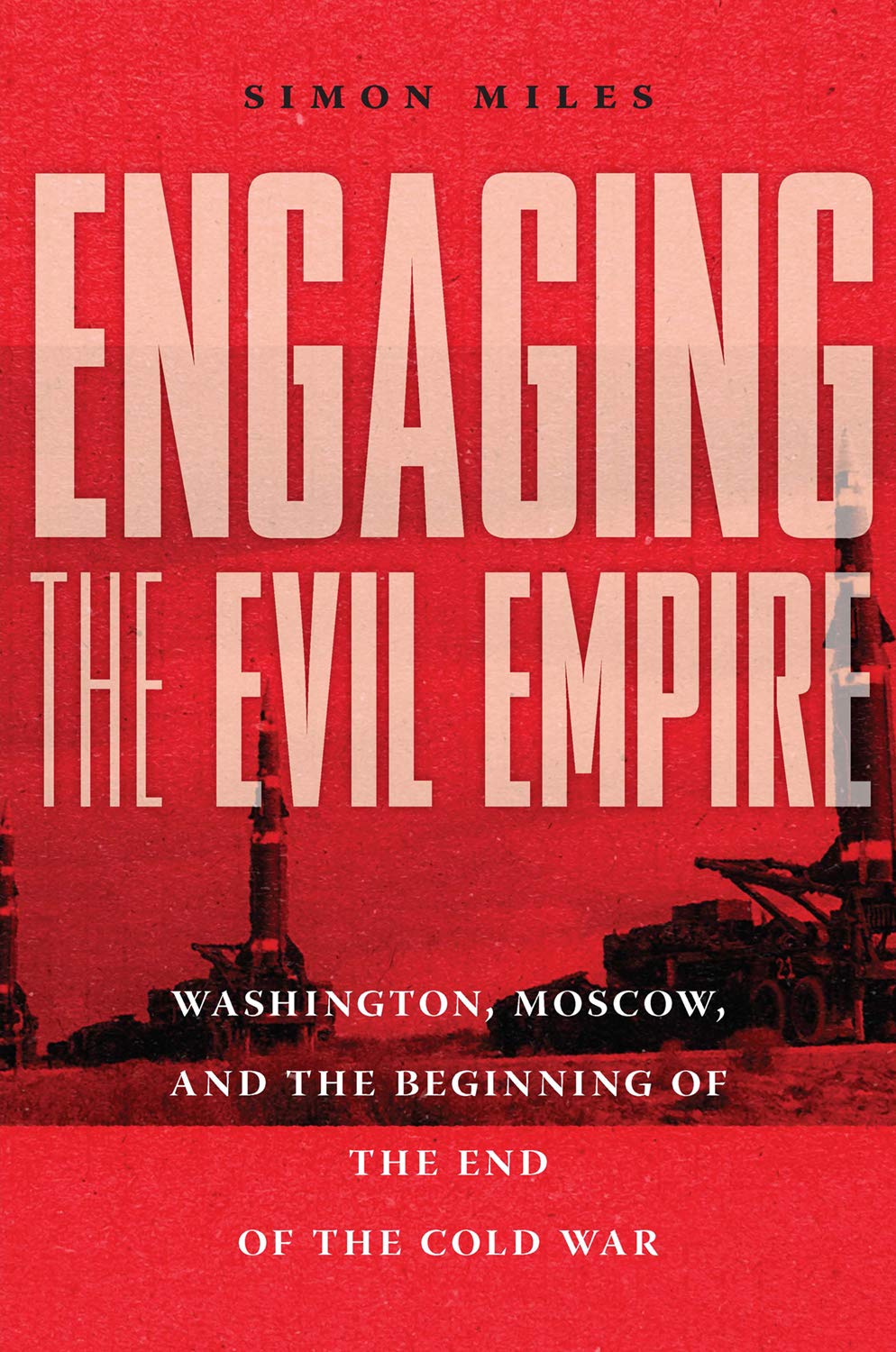 In a narrative-redefining approach, Engaging the Evil Empire dramatically alters how we look at the beginning of the end of the Cold War. Tracking key events in US-Soviet relations across the years between 1980 and 1985, Simon Miles shows that covert engagement gave way to overt conversation as both superpowers determined that open diplomacy was the best means of furthering their own, primarily competitive, goals… 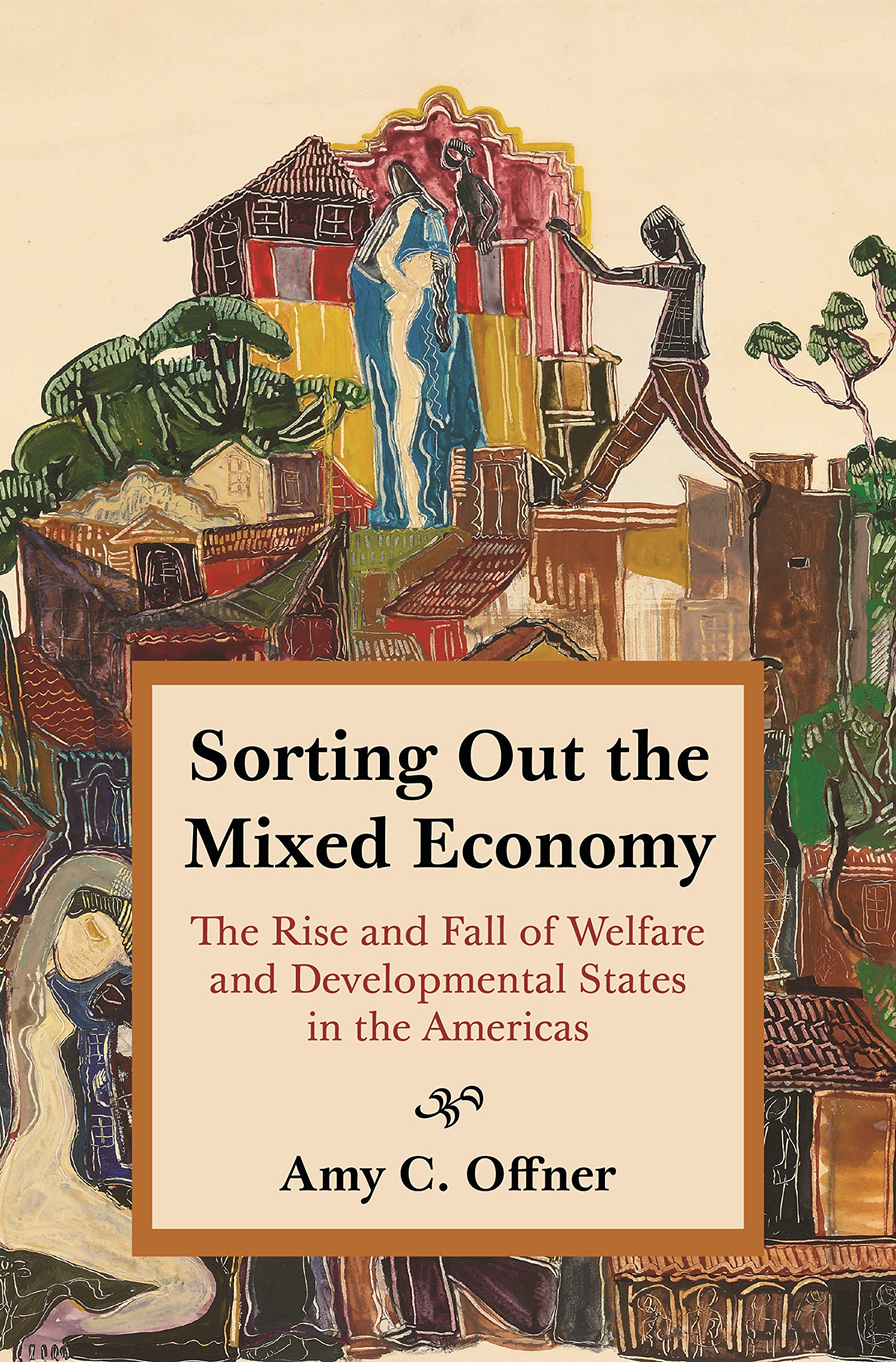 In the years after 1945, a flood of U.S. advisors swept into Latin America with dreams of building a new economic order and lifting the Third World out of poverty. These businessmen, economists, community workers, and architects went south with the gospel of the New Deal on their lips, but Latin American realities soon revealed unexpected possibilities within the New Deal itself.

Discussing Race, Settler Colonialism, and Healthcare in the Age of COVID-19 The COVID-19 pandemic has exposed major, sometimes fatal shortcomings in the U.S. healthcare system. Through a conversation about the recent history of healthcare, historians George Aumoithe and Maria K. John will shed light on today’s crisis… 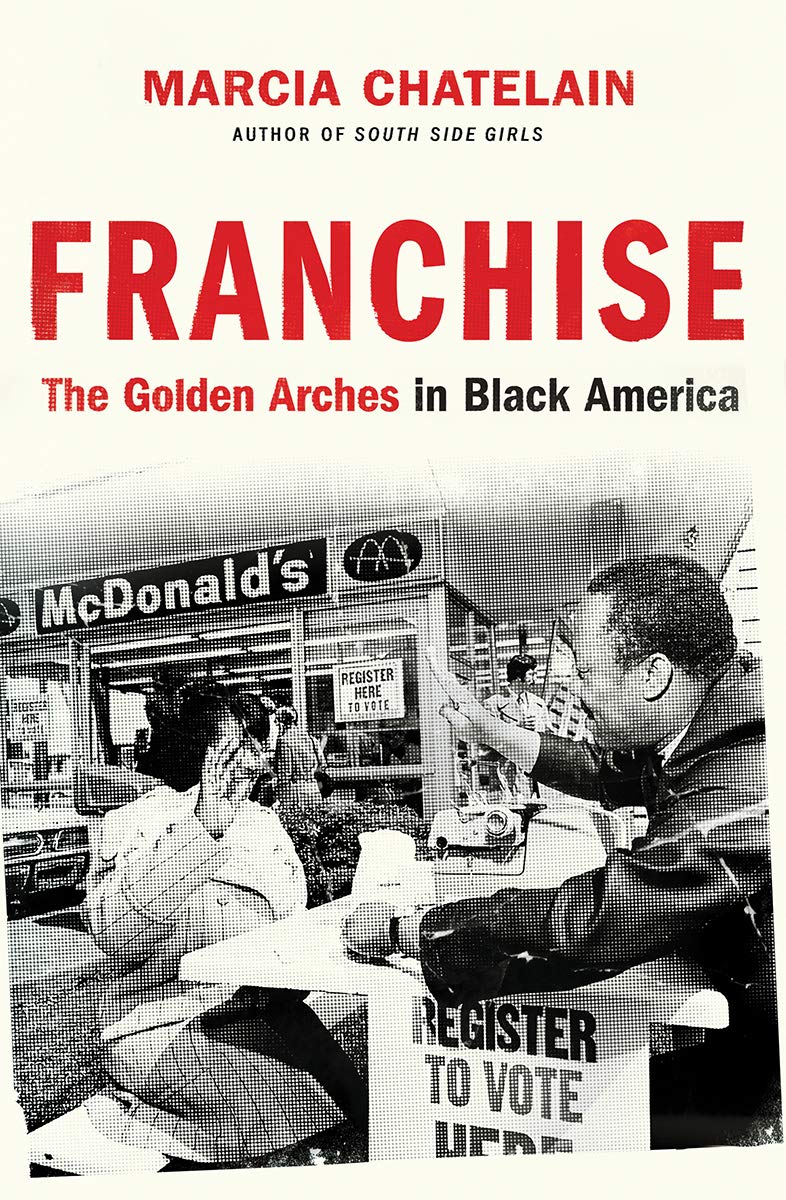 Often blamed for the rising rates of obesity and diabetes among black Americans, fast food restaurants like McDonald’s have long symbolized capitalism’s villainous effects on our nation’s most vulnerable communities… 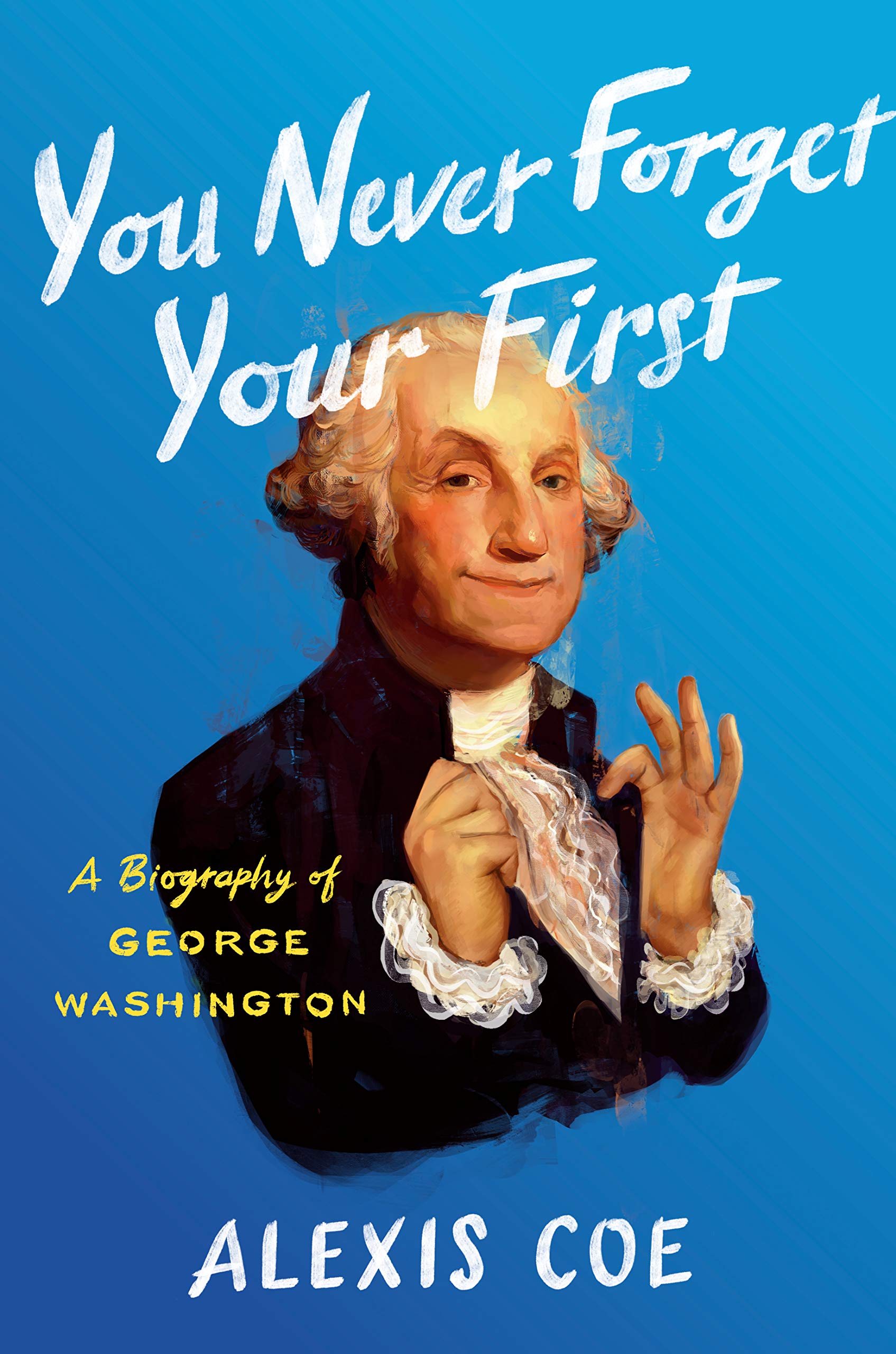 A new biography published about George Washington is unlike any other. Described as “form-shattering and myth-crushing,” “keen and savage,” as well as “spirited and engaging,” historian Alexis Coe’s “You Never Forget Your First” chronicles the life of our first president from a 21st century and “decidedly feminist” perspective. Coe says, “I set out to write a book that was true, and different, and that added any kind of diversity in approach, perspective, and, of course, author. I set out to take a giant leap away from hagiography and great man history—and really mean it…

Unprecedented (Again): Historical Perspectives on the Election of 2020 and Beyond How will the election of 2020 be remembered by history? What, if any, are its historical antecedents, and to what degree is it unprecedented? And, as we look ahead to Inauguration Day, what can history tell us about the next four years?

A Teach-In on President Trump & the Current Constitutional Crisis 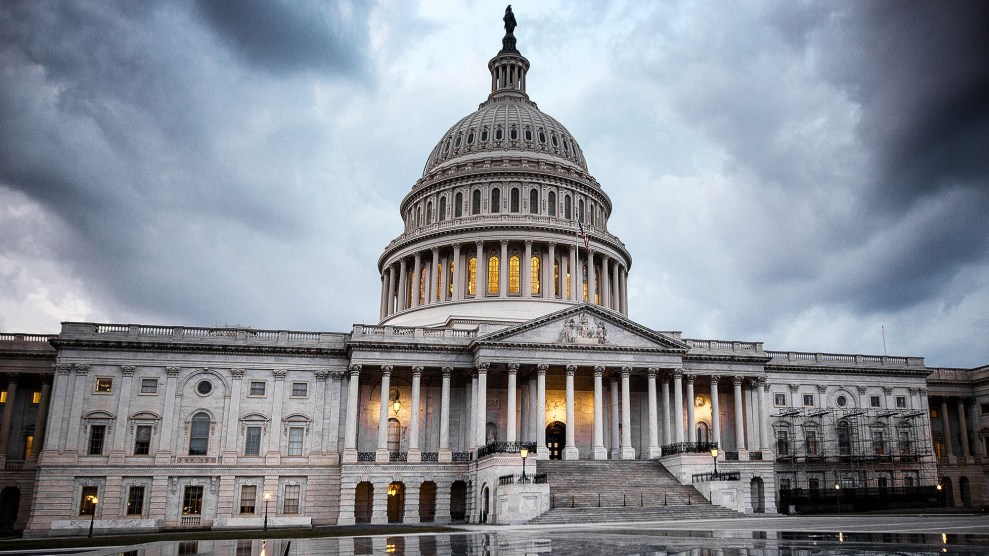 Regardless of where you fall on the political spectrum, two things are clear: we are in an unprecedented constitutional crisis, and President Trump is at the center of it.

In the middle of this crisis, you (like most Americans) may find yourself asking questions you don’t know the answer to…