Dewey Defeats Truman: The 1948 Election and the Battle for America’s Soul 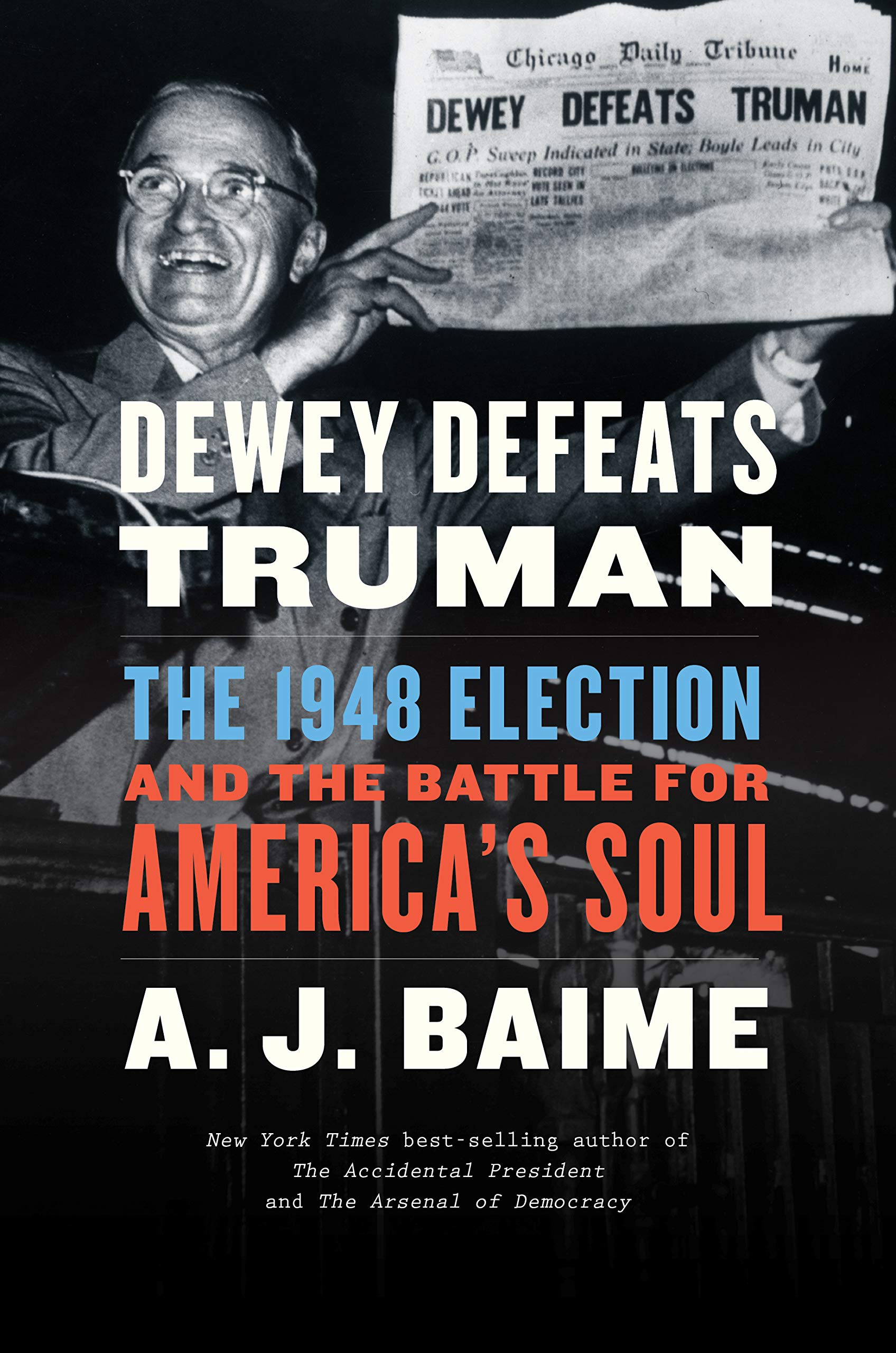 Join us as New York Times best-selling author A. J. BAIME tells the thrilling tale of the 1948 presidential election, one of the greatest election stories of all time, as Truman mounted a history-making comeback and staked a claim for a new course for America.

On the eve of the 1948 election, America was a fractured country. Racism was rampant, foreign relations were fraught, and political parties were more divided than ever. Americans were certain that President Harry S. Truman’s political career was over. Truman’s own wife, Bess, did not believe he could win. The only man in the world confident that Truman would win was Mr. Truman himself. And win he did. In Dewey Defeats Truman: The 1948 Election and the Battle for America’s Soul, A. J. Baime sheds light on one of the most action-packed six months in American history, as Truman not only triumphs, but oversees watershed events. Not only did Truman win the election, he succeeded in guiding his country forward at a critical time with high stakes and haunting parallels to the modern day.

A. J. BAIME is the New York Times best-selling author of The Arsenal of Democracy: FDR, Detroit, and an Epic Quest to Arm an America at War and Go Like Hell: Ford, Ferrari, and Their Battle for Speed and Glory at Le Mans. His latest book, White Lies: The Double Life of Walter F. White and America’s Darkest Secret, was published in February 2022. Baime is a longtime regular contributor to the Wall Street Journal and his articles have also appeared in the New York Times, Popular Science, and Men’s Journal.

Brands, H.W. The General vs. the President: MacArthur and Truman at the Brink of Nuclear War. Doubleday Press, 2016.

Hagen, Carrie. “What the Candidates (and Journalists) Can Learn From the 1948 Democratic Convention.” Smithsonian Magazine, 2016. https://www.smithsonianmag.com/history/what-candidates-and-journalists-can-learn-1948-democratic-convention-180959831/

McLaughlin, Eliott. “11 of the most bizarre elections in American history.” CNN News, 2020. https://www.cnn.com/2020/11/16/politics/interesting-us-elections-trump-biden/index.html