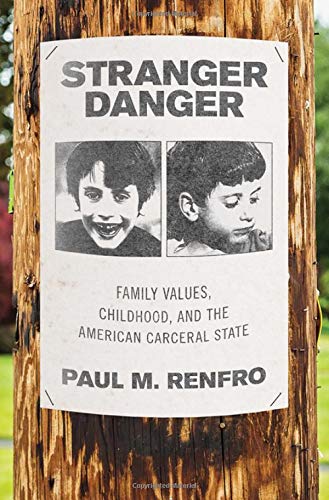 Beginning with Etan Patz’s disappearance in Manhattan in 1979, a spate of high-profile cases of missing and murdered children stoked anxieties about the threats of child kidnapping and exploitation. Publicized through an emerging twenty-four-hour news cycle, these cases supplied evidence of what some commentators dubbed “a national epidemic” of child abductions committed by “strangers.”

In this book, Paul M. Renfro narrates how the bereaved parents of missing and slain children turned their grief into a mass movement and, alongside journalists and policymakers from both major political parties, propelled a moral panic. Leveraging larger cultural fears concerning familial and national decline, these child safety crusaders warned Americans of a supposedly widespread and worsening child kidnapping threat, erroneously claiming that as many as fifty thousand American children fell victim to stranger abductions annually. The actual figure was (and remains) between one hundred and three hundred, and kidnappings perpetrated by family members and acquaintances occur far more frequently. Yet such exaggerated statistics-and the emotionally resonant images and narratives deployed behind them-led to the creation of new legal and cultural instruments designed to keep children safe and to punish the “strangers” who ostensibly wished them harm. Ranging from extensive child fingerprinting drives to the milk carton campaign, from the AMBER Alerts that periodically rattle Americans’ smart phones to the nation’s sprawling system of sex offender registration, these instruments have widened the reach of the carceral state and intensified surveillance practices focused on children.

Stranger Danger reveals the transformative power of this moral panic on American politics and culture, showing how ideas and images of endangered childhood helped build a more punitive American state.