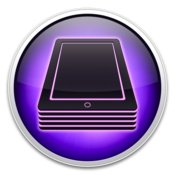 One thing that might have been overlooked with all the excitement of yesterday’s New iPad was Apple’s release of the Apple Configurator.

The Apple Configurator will allow IT support staff (or just about anyone with multiple devices) to  mass configure and deploy iPhone, iPad, and even an iPod touch in a school, business, or institution. The only downside is it requires Mac OS X 10.7.2 or later. As many institutions have still to make the leap to Lion, this might be an issue.

If you’re ready to take the leap, you can download the Apple Configurator on the App Store now.

Ian Aberle is the IT Communications Specialist and Trainer for the Office of Information Technology (OIT) at Southern Methodist University (SMU). He started at SMU in 1996 and, for much of his career at the University, had managed the SMU STAR Program before joining the Training & Communications Team in 2015. In his free time, Ian enjoys photography and road trips with his family. You can see examples of when the two collide at ianaberle.com.
View all posts by Ian Aberle →
This entry was posted in Announcements and tagged Apple Configurator, ipad, iPhone, management, support. Bookmark the permalink.