One Tuesday night while cooking dinner, Sally notices her husband Bob’s phone that was charging on the counter beside her light up with a text notification. The contact states “Rachel” and is surrounded by heart emojis. Confused and curious, Sally enters Bob’s password and finds several explicit text conversations between Bob and Rachel. Sally screenshots the messages and sends them to her friends for advice. A few months later, Sally files for divorce. In a meeting with her attorney, Sally reveals the screenshots.

Is a Texas judge likely to allow these as evidence? The Dallas Court of Appeals ruled in Miller v. Talley Dunn Gallery LLC No. 05-15-00444, 2016 Tex. App. LEXIS 2280 (Tex.App.– Dallas March 3, 2016, no pet.) that though screenshots of such text messages are not intrinsically inadmissible, they may become inadmissible when obtained by accessing another person’s phone and constitute a violation under Texas’s Harmful Access by Computer Act (HACA).

HACA allows for a civil cause of action for violation of Texas Penal Code Chapter 33 when committed knowingly or intentionally. Miller citing Tex. Civ. Prac. & Rem. Code §143.001(a). Texas Penal Code section 33.02(a) creates an offense when a party accesses a computer (including a cell phone) without effective consent of the owner. Id.

But how might a court rule if the phone is not password protected? Though the answer to that question may be unclear, there is little doubt that the conduct is ethically questionable. Perhaps the chance of it backfiring outweighs the potential benefit of offering such screenshots as evidence. 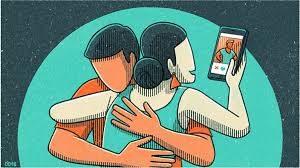 Written by: Caroline Near, 3L