Working with a global team of researchers, Jacobs and her colleagues cracked the mystery of leaf size. The research was published Sept. 1, 2017 as a cover story in Science.

The researchers from Australia, the U.K., Canada, Argentina, the United States, Estonia, Spain and China analyzed leaves from more than 7,600 species of plants over the past 20 years, then pooled and analyzed the data with new theory to create a series of equations that can predict the maximum viable leaf size anywhere in the world based on the risk of daytime overheating and night-time freezing.

Jacobs contributed an extensive leaf database — research that was funded by a National Science Foundation grant. She analyzed the leaf characteristics of 880 species of modern tropical African plants, which occurred in various combinations among 30 plant communities. Jacobs measured leaves of the plant specimens at the Missouri Botanical Garden Herbarium, one of the largest archives of pressed dried plant specimens from around the world.

Jacobs is one of a handful of the world’s experts on the fossil plants of ancient Africa. As part of a team of paleontologists working there, she hunts plant and animal fossils in Ethiopia’s prolific Mush Valley, as well as elsewhere in Africa.

By Karl Gruber
Australian Geographic
You may have learnt at school that leaf size depends on water availability and that they are meant to help plants avoid overheating. But a new study that looked at leaf sizes around the world found that, rather than water availability, it all boils down to temperature, both high and low.

Leaf sizes can vary by as much as 100,000 fold, with some leaves having an area of just 1 mm2 while other can have an area of up to 1 m2. But what is driving these big differences?

“The conventional explanation was that water availability and overheating were the two major limits to leaf size. But the data didn’t fit,” says Ian. “For example the tropics are both wet and hot, and leaves in cooler parts of the world are unlikely to overheat,” explained Ian Wright, from Macquarie University, who led the new study.

A key finding from the study is that for plants all around the world the main factors limiting leaf size are the risk of frosting in cold nights, which can damage leaves, and the risk of overheating during the day.

“Latitude explains 28% of variation leaf size, globally. Warm wet regions are characterised by large-leaved species, warm dry regions and cold regions by smaller-leaved species. These patterns can all be understood in relation to the energy inputs and outputs to leaves, but only if you consider both the daytime (overheating) and night-time (freezing) risks,” Wright says. 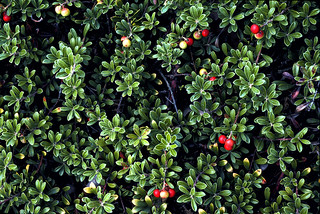