Genes common to both the human T-cell leukemia virus and high-risk human papillomaviruses activate survival mechanisms in cancer cells. An SMU lab, with National Cancer Institute funding, is hunting ways to inhibit those genes to halt the development of cancer.

SMU virologist and cancer researcher Robert L. Harrod has been awarded a $436,500 grant from the National Cancer Institute to further his lab’s research into how certain viruses cause cancers in humans.

Now the lab will search for the biological mechanism — a molecular target — to intervene to block establishment and progression of virus-induced cancers. The hope is to ultimately develop a chemotherapy drug to block the growth of those tumor cells in patients.

“The general theme of our lab is understanding the key molecular events involved in how the viruses allow cancer to develop,” said Harrod, an associate professor in SMU’s Department of Biological Sciences whose research focuses on understanding the molecular basis of viral initiation of cancer formation.

While HTLV-1 and HPV are unrelated transforming viruses and lead to very different types of cancers, they’ve evolved a similar mechanism to cooperate with genes that cause cancer in different cell types. The lab discovered that the two viruses tap a common protein that cooperates with cellular genes to help the viruses hide from the immune system.

That common protein, the p30 protein of HTLV-1, binds to a different protein in the cell, p53, which normally has the job of suppressing cancerous growth or tumor development. Instead, however, p30 manages to subvert p53’s tumor suppressor functions, which in turn activates pro-survival pathways for the virus.

From there, the virus can hide inside the infected cell for two to three decades while evading host immune-surveillance pathways. As the cell divides, the virus divides and replicates. Then ultimately the deregulation of gene expression by viral encoded products causes cancer to develop.

“They are essentially using a similar mechanism, p30, to deregulate those pathways from their normal tumor-suppressing function,” Harrod said.

Tumor suppression, DNA damage-repair pathways, begin to fail with age
About 15 percent to 20 percent of all cancers are virus related. Worldwide, about 10 million people are infected with HTLV-1 and, as with other viral-induced cancers, about 3 percent to 5 percent of those infected go on to develop malignant disease.

Cancer is often associated with the process of normal aging, because our tumor suppression and DNA damage-repair pathways begin to break down and fail, explained Harrod. Our pathways don’t as easily repair genetic mutations, which makes us more susceptible to cancers like adult T-cell leukemia and HPV-associated cervical cancers or head-and-neck carcinomas, he said.

The human T-cell leukemia virus is transmitted through blood and body fluid contact, usually infecting infants and children via breastfeeding from their mother. A tropical infectious disease, it’s endemic to Southeast Asia, primarily Japan, Taiwan, China and Malaysia, as well as certain regions in the Middle East, Northern Africa and islands of the Caribbean. In the United States, Hawaii and Florida have the highest incidence of adult T-cell leukemia. HTLV-1 is highly resistant to most modern anticancer therapies, including radiotherapy and bone marrow or matching donor stem cell transplants. The life expectancy of patients with acute or lymphoma-stage disease is about six months to two years after diagnosis.

In the case of HPV, certain high-risk sub-types aren’t inhibited by today’s available HPV vaccines. It’s considered the high-risk HPVs are sexually transmitted through direct contact with the tissues of the virus-producing papillomas or warts. High-risk HPVs can also cause cervical cancers and head and neck carcinomas, many of which are associated with poor clinical outcomes and have high mortality rates.

How do viruses cause cancer?
For both HTLV-1 and HPV, the virus itself does not cause cancer to develop.

“It’s cooperating with oncogenes — cellular genes that become deregulated and have the potential to cause cancer,” Harrod said. “The role of these viruses, it seems, is to induce the proliferation of the cell affected with cancer. We’re trying to understand some of the molecular events that are associated with these cancers. ”

The lab’s three-year NCI grant runs through 2019. Harrod’s two previous grants awarded by the National Institutes of Health were also three-year-grants, for $435,000 and $162,000. Each one has targeted HTLV-1 and the p30 protein.

The lab’s first NCI grant came after the researchers provided the first demonstration that p30 could cooperate with cellular oncogenes, which have the potential to cause cancer, to cause deregulated cell growth leading to normal cells transforming into cancer cells. That original discovery was reported in 2005 in the article “A human T-cell lymphotropic virus type 1 enhancer of Myc transforming potential stabilizes Myc-TIP60 transcriptional interactions,” in the high-profile journal Molecular and Cellular Biology.

“We find that the p30 protein is involved in maintaining the latency of these viruses. These viruses have to persist in the body for 20 to 40 years before a person develops disease. To do that they have to hide from the immune response,” Harrod explained. “So p30 plays a role in silencing the viral genome so that the affected cells can hide, but at the same time it induces replication of the affected cells. So when the cell divides, the virus divides. We call that pro-viral replication.”

The term “latency maintenance factor” in reference to p30 originated with Harrod’s lab and has gained traction in the HTLV-1 field.

Under the lab’s second NCI grant, the researchers figured out how to block pro-survival pathways to kill tumor cells.

In the current grant proposal, Harrod’s lab demonstrated that by inhibiting specific downstream targets of p53 — essentially blocking pathways regulated by the p53 protein — they could cause infected tumor cells to collapse on themselves and undergo cell death.

“We do that independent of chemotherapy,” Harrod said. “So that was a big find for us.”

Goal is to eliminate cancer cells by inhibiting pathway
Each grant project builds upon the one before it, and the third grant extends the work, to now include high-risk HPVs.

“Now that we’ve shown we can block one or two of these factors to cause cell death, we’re starting to get an eye really on how we can inhibit these cancer cells and what potentially down the road may lead to a therapeutic,” Harrod said. “That’s the ultimate goal.”

One of the biggest challenges will be to inhibit the pathways in the tumor cells without targeting normal cells, he said. The lab’s recent findings indicate the researchers may soon be within reach of identifying a new strategy to eliminate cancer cells by inhibiting pathways key to their survival. 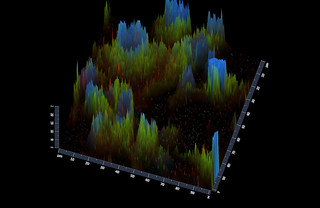 To book a live or taped interview with Robert Harrod in the SMU News Broadcast Studio call SMU News at 214-768-7650 or email news@smu.edu.