A multi-institutional team, including SMU’s Mathematics Chair Daniel Reynolds and SMU PhD graduate David Gardner, has been awarded the 2023 SIAM/ACM Prize in Computational Science and Engineering. 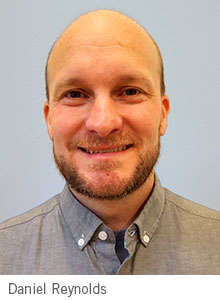 The award is given by the Society for Industrial and Applied Mathematics (SIAM) and the Association of Computing Machinery (ACM) to recognize outstanding contributions to the development and use of mathematical and computational tools and methods for the solution of science and engineering problems. It is one of SIAM’s most significant awards and will be presented to the team at the 2023 SIAM Conference on Computational Science and Engineering in Amsterdam next February.

Reynolds, professor and chair of Mathematics at SMU (Southern Methodist University), and Gardner, who got a PhD in mathematics at SMU, are part of a team that is being recognized for its years-long development of the open-source SUNDIALS software suite, designed to provide a reliable tool for solving mathematical equations fundamental to modeling and simulating physical phenomena through easy incorporation into existing simulation codes. The suite includes methods for solving ordinary differential equation systems, differential-algebraic equation systems and nonlinear, algebraic systems. 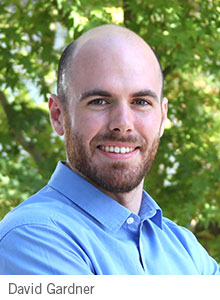 Reynolds began collaborating with the team as a postdoctoral researcher at Lawrence Livermore National Laboratory (LLNL) from 2003 through 2005, though the majority of his contributions to the work have occurred during the last 10 years, while on faculty at SMU.

Gardner is now a computational scientist at the Center for Applied Scientific Computing (CASC) at LLNL.

“While many researchers in our discipline create exceptional methods, our team put considerable effort into hardening these methods into robust and well-documented software tools,” said Reynolds, who has been at SMU for 14 years. “By recognizing the impact of this software on the SIAM community, I feel as though this award validates that extra effort.” MORE