Many people have heard the word “microaggression,” but how many understand what it really means, or looks like?

Such examples of microaggression are more than cultural and racial naïveté. They often are racism in disguise, weekly impacting 80% of Asian Americans, and likely other People of Color, according to psychological research. 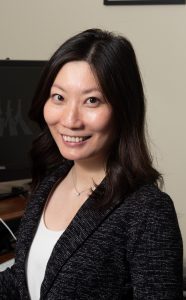 At first glance, “MICRO-aggression” suggests intended interpersonal violence or insults that are small or trivial. But beneath that misnomer are bruises to the psyche.

“Microaggression” was coined by an American psychiatrist, Chester Pierce, in the 1970s. The label gained popularity ten years ago following the publication of a critical paper in the American Psychologist by Dr. Derald Sue and colleagues. Coinciding with decreases in major discrimination acts such as firing People of Color based on race, microaggression most commonly has entered conversations to highlight the occurrences of subtle racial prejudice and unfair treatment in the United States.

Although the frequency of overt racism-related incidents declined until 2016, the U.S. saw an uptick in blatant race-based bigotry and hate crimes in the past few years. The killings of Michael Brown in Missouri, George Floyd in Minnesota, and other unjust deaths and injuries of Blacks and other People of Color repeatedly brought national attention to issues of systemic, institutional, and interpersonal racism. Since the summer, people have recognized the double-pandemics facing our country and beyond — Coronavirus and racism.

So, what do we do about it? READ MORE